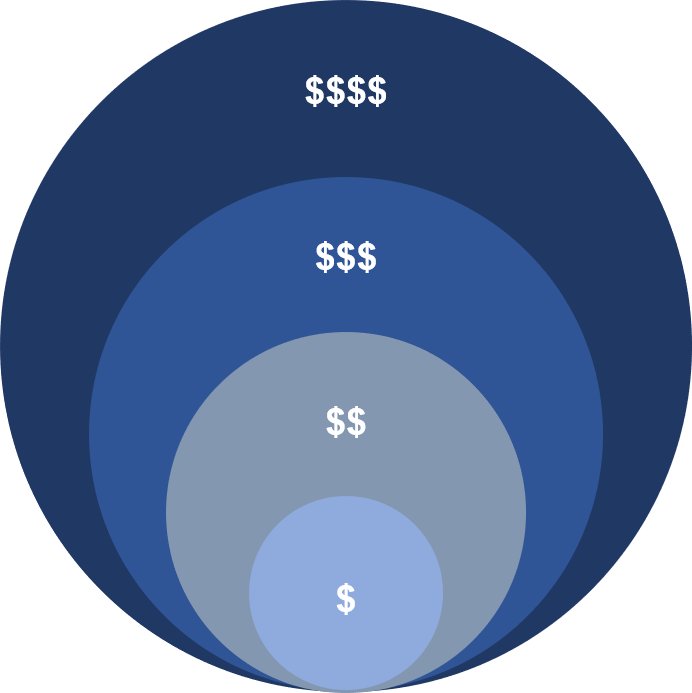 Traditional wisdom suggests you need to target a large market if you want to build a large business. Yet quite a few entrepreneurs and venture capital investors have challenged this line of thinking, suggesting that market size – often referred to as the total addressable market (TAM) – should essentially be ignored. Focus on solving a real problem, solve it well and the TAM will take care of itself, or so this logic goes. After all, some of the largest tech companies today focused on small, nascent markets in their early days.

We’ve had a lot of healthy debate on this topic at Vocap. In the dynamic world of emerging technology markets, it can be dangerously easy to overlook a great opportunity by falling victim to small market bias.  We do believe it’s important to have a data-backed theory on the current and future TAM for an opportunity (we like to see line of sight to $1B+), but it’s also critical to guard against unfairly boxing it in.

It can be dangerously easy to overlook a great opportunity by falling victim to small market bias.

Take, for example, one of our portfolio companies, XOi Technologies. At the time of our investment, XOi was focused on the Mechanical, Electrical, and Plumbing sector of field service (MEP).  They had strong proof of adoption and value delivery for commercial clients in the US with 20+ technicians. If we had applied a strict bottoms-up TAM analysis to this one segment (commercial MEP companies with 20+ techs), it would have looked like a fairly niche market.  But as time has shown, this frames the opportunity too narrowly. More on this below.

Avoiding the Trap – A Mental Checklist

Matt Heiman outlined a good framework for considering TAM in one of his Techcruch posts a few years ago, which we’ve outlined and expanded upon below.  We like to revisit this as a mental checklist as we consider whether an opportunity is big enough. Entrepreneurs and early stage tech investors might benefit from doing the same.

So, let’s revisit the market opportunity for XOi using part of this framework.  Despite a smaller TAM size within their initial segment, we saw a few key things that got us excited. First, the founders had identified a huge problem to be solved: veteran techs are retiring in significant numbers and fewer young techs are entering the field, creating a significant labor and knowledge shortage. This problem was hitting all sectors of field service, not just the commercial segment of MEP.  There was a clear answer for ‘why now’, and it was also clear their unique solution would be useful to a broader set of field service customers.  Looking at the scope of this problem with this lens suggested a $20B+ global opportunity. Second, the founders had a clear vision for how their solution would evolve as an intelligent conversational assistant with access to a massive store of helpful digital content that would help newer techs perform like veteran techs. Their initial workflow solution was the wedge into a much broader and more powerful AI-enabled solution.  By applying our framework, we moved past some of the conventional thinking that this might be just a small niche vertical to understanding this had the potential to be a must-have application used by every field service technician on the planet. ~18 months later, we are happy to report that the XOi team is executing quite well on this vision.  The latest generation of their technology is applying artificial intelligence to help thousands of field techs do their job better, quicker, at lower cost and with higher sell-through to end customers.  The demand for their product has been overwhelming, and they have already expanded beyond their initial target market. We are sure the XOi team will face many challenges as they continue to scale, but it appears a small TAM will not be one of them!

If a small TAM is a primary concern surrounding your strategic path or investment decision, take some more time to understand what the ultimate customer base could be. The future might look a lot different than the current market and you just might save yourself from missing a massive opportunity.